When building a campaign, one of the first things you'll do is decide who you're going to enroll in it. While a variety of enrollment options are available to you, this article focuses on how to enroll Contacts from a different campaign. Adding Contacts from one campaign to another campaign (known as "daisy-chaining") can simplify your workflow.

While creating or editing one of the pre-built campaigns: 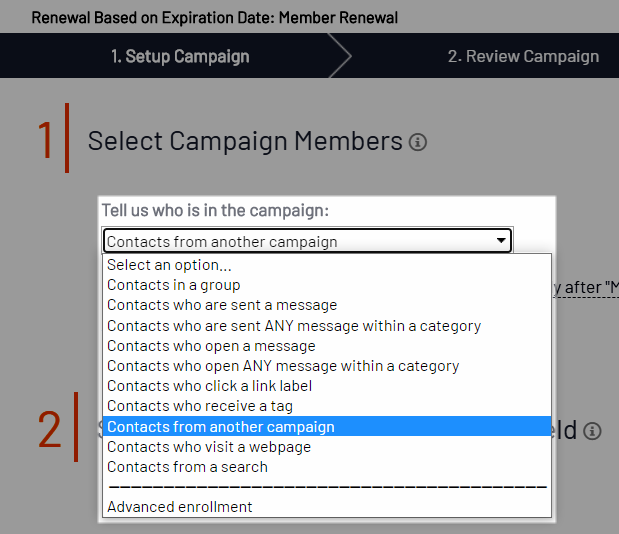 TIP: You can also employ this strategy with Workflow Builder campaigns by clicking the Add Members button in a Branch, selecting Contacts from another campaign, and following the prompts. 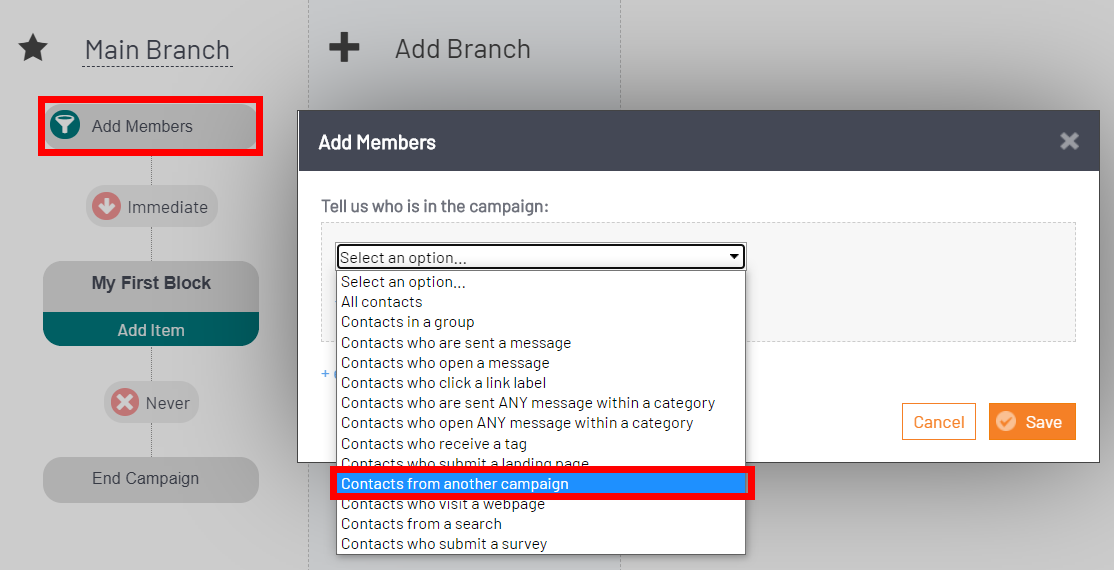 Contacts that reached the goal of the selected campaign will automatically be enrolled in this campaign.

EXAMPLE: You have a Call to Action campaign promoting a webinar. Anyone who reaches the goal (e.g., signs up for the webinar) should automatically be added to a new campaign which sends a new series of messages.

Fail to reach the goal

Contacts who went through the entire campaign, did not reach the goal, and ended up in the “End Stage” will automatically be enrolled in this campaign.

EXAMPLE: You have a Call to Action campaign promoting a webinar. Anyone who receives all of the campaign messages and does not reach the goal (sign up for the webinar), you want to add to a new campaign which sends a link to the recorded version of the webinar.

At end stage with optional filter

Contacts who are at the end stage of a campaign and have not opened any of the campaign messages.

EXAMPLE: You have a welcome campaign that sends out three messages. You want to create a new campaign and enroll only those Contacts who have reached the end of the campaign AND have not opened any of the campaign messages.

Are in a selected stage(s)

Contacts who enter a specific stage of the campaign will automatically be enrolled in the new campaign.

EXAMPLE: You have a Call to Action campaign promoting a webinar that sends three promotional emails. Anyone who has received the second message and has not signed up, you want to add to a new campaign to promote a new webinar.