Communications Enterprise enables you to have multiple campaigns working in parallel. Some of your campaigns might send emails, others may assign points based on Contact reactions to emails, and others still may segment your Contacts into different groups. Because Communications Enterprise runs all of these campaigns in real time, there a few timing considerations to keep in mind if you stop and restart a campaign.

In this article, you'll learn what happens when a campaign is stopped and restarted.

Why would I stop a campaign?

The simple answer is you don’t want it to perform any more actions (e.g., send any more messages, assign any more points, apply any more tags). This might occur for several reasons, including:

How do I stop a campaign?

There are two ways to stop a campaign: 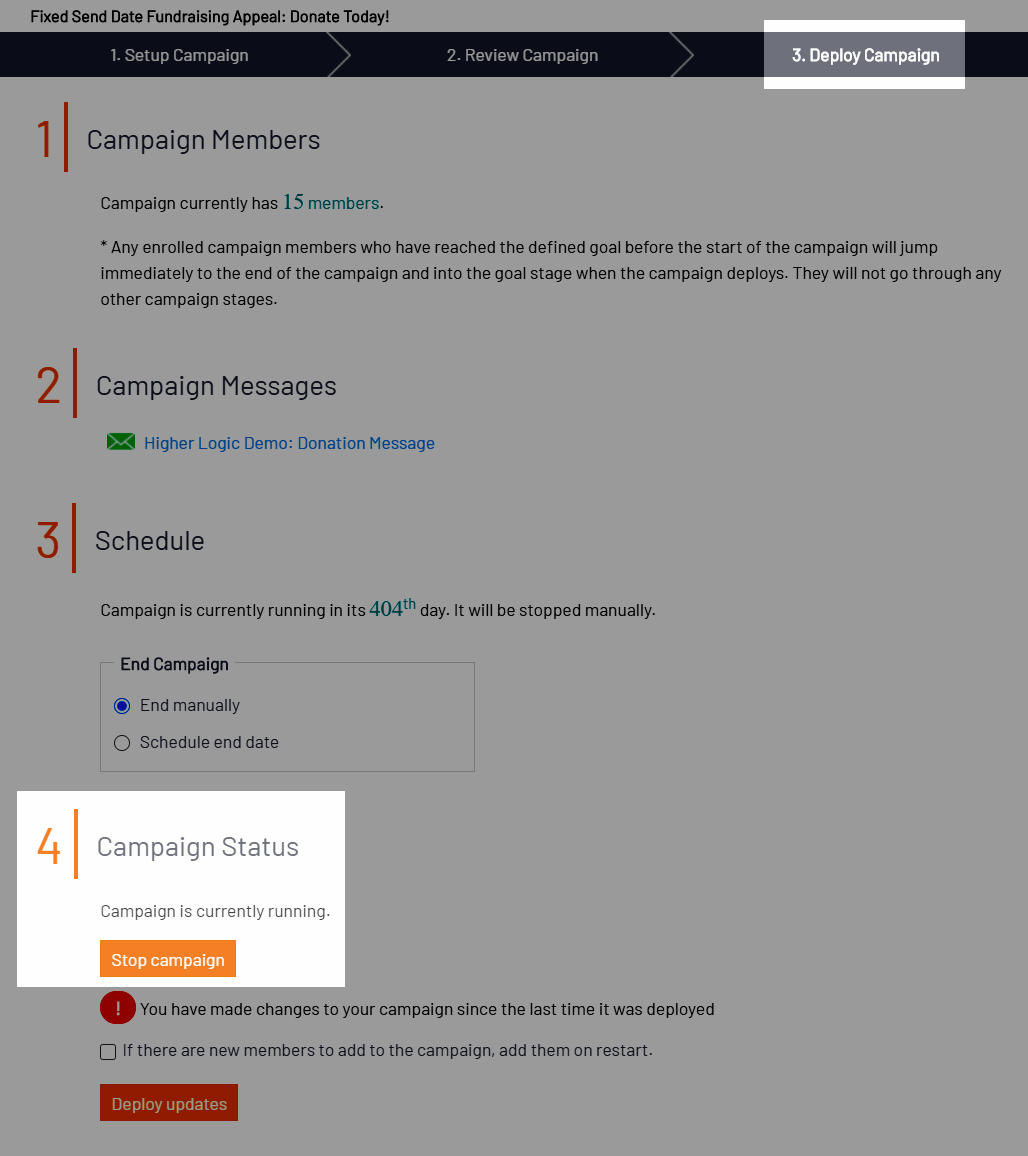 TIP: If you don't want to stop it right away, you can also schedule an end date by selecting Schedule end date in the Schedule section. More on this below.

What happens when I stop a campaign?

There are several important ramifications to keep in mind when stopping a campaign:

NOTE: Since landing pages are taken down when the campaign is stopped, no more submissions are possible.

Why would I restart a campaign?

If you stop a campaign, you can always restart it later. However, as explained above, stopped campaigns don't “listen” to incoming events, and don't take any actions, but their tracking will still update.

BEST PRACTICE: Because of the aforementioned reason, rather than restarting a campaign, we instead recommend making a copy of the campaign using the Save As feature on the campaign management page.

Refer to the table below to help you decide whether you should restart a campaign or make a copy:

How do I restart a campaign?

Edit the campaign and go to the Deploy Campaign page (this is the third page of the Edit Campaign workflow.) At the bottom of this page, click the Restart campaign button to restart it.

NOTE: If you check the box above this button, Communications Enterprise will search for any Contacts who meet the enrollment criteria you specified and add them to the campaign upon restart. This allows you to add Contacts who were missed when the campaign was stopped.

What happens when I restart a campaign?

There are several important things to keep in mind when you restart a campaign: